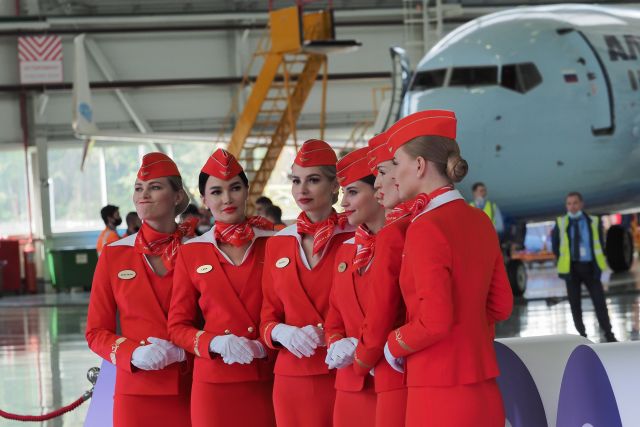 Thanks to the national project` `Productivity at work '' and Federal Center of Competence (FCC) experts, airports will not only provide better services in less time, but also increase economic performance.

Orenburg Airport them. Gagarin carries 700,000 passengers per year. Even despite last year's coronavirus restrictions, 19.5 thousand planes have taken off.

Airport workers learned to apply lean manufacturing principles to their jobs for six months. During this time, they managed to achieve significant results. The speed of passenger pre-flight procedures increased by 35% (20 minutes instead of 37). Additionally, pre-departure aircraft maintenance time has been reduced by 23% – now this process takes 40 minutes. Support from FCC experts as part of the national project helped.

“ The building lacked visualization. Passengers wasted time looking for check-in counters and necessary exits. We made intuitive markings, put up signs and signs, installed an electronic check-in kiosk and self-weighing baggage device at the entrance. These changes have halved the time it takes to complete the check-in ',' & ndash; noted & nbsp; FCC project manager Sergey Kotov. & nbsp;

Passenger boarding and disembarking has also become faster. If before it took at least 16 minutes, now 8. The process is accelerated by 2 ladders, which are simultaneously brought to the plane.

In addition to labor productivity at the airport, economic indicators have also increased. The reduction in aircraft maintenance time opened up the possibility of attracting new flights. As a result, the effect of participation in the national project amounted to 48 million rubles.

Voronezh International Airport them. Peter I joined the national project 'Labor Productivity & # 39; & # 39; in March of this year. And in mid-July, the Regional Competence Center (RCC) summarized the first results.

According to the deputy director of the RCC Dmitry Sinyukov , & nbsp; during 3 months of the 'Diagnosis and planning' stage. 18 problems in the production process have been identified and 16 technological and organizational solutions have been developed. Major errors found & ndash; lack of standards in carrying out operations, long waiting times between them and a high risk of failure of service equipment.

“We have gained significant experience in manufacturing verified pointing instruments,” said Roman Frolenko, airport general manager. & ndash; The key performance indicators for us in the near future are a 20% reduction in ground handling time for an aircraft, a 50% reduction in work in progress and a 20% increase in production per employee. . Today the company is starting to live in a new way looking for possible improvements. ''

Plans for the future

International airport. Leonov in Kemerovo & ndash; new participant of the national project. With the support of the RCC experts, a pilot project will be set up here to prepare the planes for departure. After the opening of the new airport terminal, an increase in the number of flights and an increase in passenger traffic is expected. Lean technologies will help organize it with comfort for crews and travelers.

“ The airport is expected to improve the quality of the delivery of pre-flight activities and reduce aircraft maintenance time. Lean technologies are an effective tool for this, – says Aleksey Grishin, Minister of Labor and Employment of Kuzbass. & ndash; The experience of the companies participating in the national project in Kouzbass shows that already in six months of work on the principles of lean production, the productivity of the pilot sites has increased by more than a quarter. & Nbsp;

First, employees and experts will analyze the work of all special airport services that perform aircraft inspection, refueling, passenger boarding and baggage loading. Then the reasons for the loss of time and manpower resources will be identified and eliminated.

Some airport employees will be trained by the RCC experts in the field of labor productivity. In the future, they will share their Lean skills with their colleagues and introduce new approaches to working in other areas.