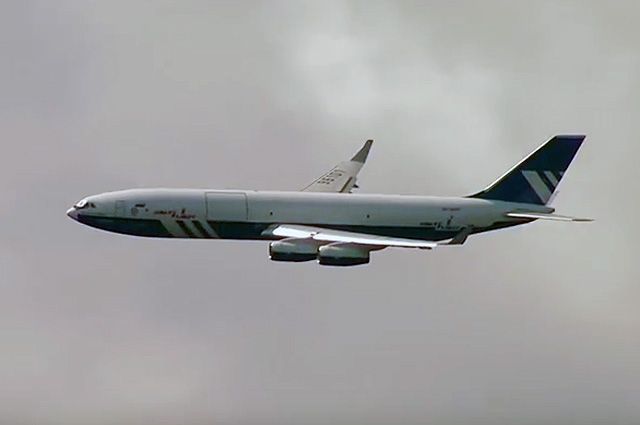 Voronezh begins construction of Doomsday aircraft & mdash; Council for the command and control of troops in the event of large-scale military conflicts, including the use of nuclear weapons. In total, the Russian aerospace forces will receive two of these planes. The project is called Link-3C. The aircraft & # 39; s radio complex will be used to issue orders to strategic aviation troops, strategic nuclear submarines within a radius of 6,000 kilometers, as well as mobile and silo launchers.

For the first time, it is planned to update Russian air command posts were announced in October 2020. … Then it was reported that the new product will significantly increase the combat service time in the air and would increase the area of ​​command and control coverage. New apocalyptic aircraft will cover a distance twice as long as aircraft of this type currently in service.

Implementation of the Zveno-3C project the Voronezh Joint-Stock Aircraft Building Company will be engaged. At the moment, one aircraft is in production, in total there are plans to create two air checkpoints. The new air command post was based on the promising Il-96-400M, which will be manufactured using modern technology. When building the air command post, only Russian components will be used. The aircraft will receive Russian PS-90A1 engines, and in the future – & mdash; more modern PS-90A3 engines, which will significantly increase the speed and range of the aircraft. Modern control systems will reduce the number of crews to two people.

Today in the Russian Aerospace Forces there are four air command posts based on the Il-80. 'Product 65c' (according to the NATO classification – Maxdome) was developed in the late 1980s. Two Il-76SK aircraft, analogues of the VKP based on the Il-86, are also in service. The detailed data on these planes have the status of state secrets. In addition to controlling all types of troops, flying command posts are needed to evacuate top leaders from the country and in the event of destruction of land and satellite infrastructure. Their flight characteristics are such that they can operate in nuclear war. The aircraft is capable of in-flight refueling and is accompanied by an in-flight fighter.

However, secrecy did not stop thieves from boarding one of these planes, based in Taganrog. In December 2020, unidentified people removed from the Il-80 more than 30 radio stations installed on board. Doomsday Plane was in Taganrog for planned modernization work. After their completion, the main entrance, cargo hatch, and three emergency exits were sealed, but that didn't stop the thieves. Fingerprints and fingerprints of the criminals were found at the scene of the crime.

The name “Planes of the end of the world” air command posts received in the United States. As a reminder, the US Air Force is currently in service with four E-4B Nightwatches, also known as the 'End of the World' planes. . In May 2019, one of these air command posts was shown from inside for the first time in history. These planes are based on passenger Boeing 747s and are assigned to an air base in Nebraska. They were put into service in 1974. One of the four E-4Bs is always ready for take-off in a matter of minutes, and on the President & # 39; s trips abroad it automatically becomes “ board number 1 ''. # 39; & # 39 ;.