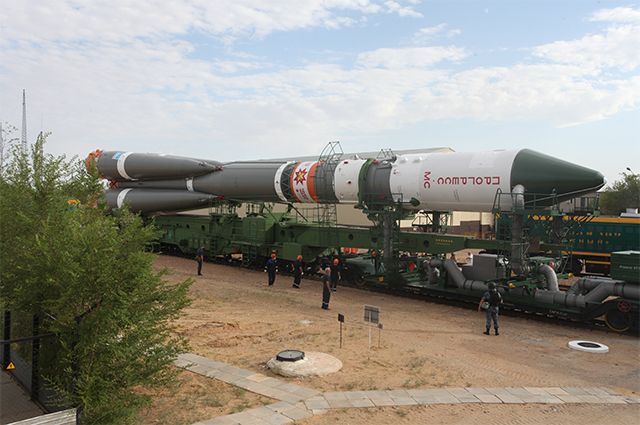 Launch of the Soyuz-2.1a carrier rocket with the symbols of Chuvashia and the image of a native of the republic, a pilot-cosmonaut, twice Hero of the Soviet Union Andriyan Grigorievich Nikolaev took place at 02:27 Moscow time on June 30 in Baikonur Cosmodrome.

According to the authors' plan, the Chuvash ring design bears the meaning of the three legendary national suns, resurrected in the sky. As noted by the head of the Chuvash Republic Oleg Nikolaev , the launch of such a rocket became possible thanks to the cooperation agreement between the Chuvash Republic and the state company Roscosmos signed earlier on the sidelines of St. Petersburg. St. Petersburg International Economic Forum.

The head of the region said that the idea was born during a visit by the director general of the state-owned company Dmitry Rogozin in Republic of Chuvashia. “ During our conversation we talked about space and astronauts, that Chuvashia is the birthplace of three cosmonauts, & mdash; noted Oleg Nikolaev. & mdash; This inspired to dedicate one of the rocket launches into space with the symbols of Chuvashia. & # 39; & # 39;

The Chuvash Republic is inextricably linked to space, many natives of the region have worked and work in cosmodromes, there are organizations of the republic that have established close cooperation with the rocket companies. -space industry, stressed Oleg Nikolaev.