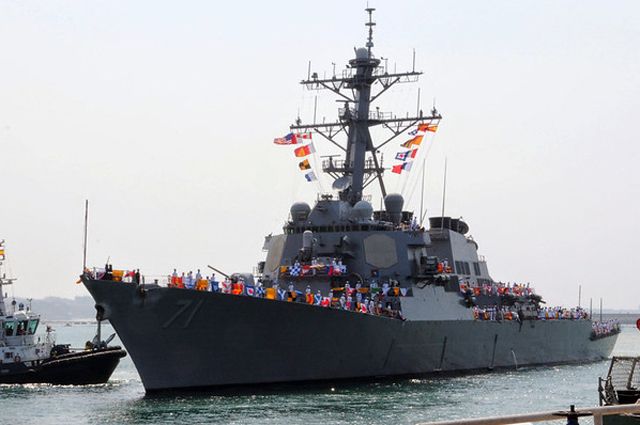 The US guided-missile destroyer USS Ross has headed for the Black Sea, where it will participate in the annual Sea Breeze exercise, reports the press service of the US ; US Embassy in Kiev on Twitter.

The US Navy's Sixth Fleet has officially announced its participation in Sea Breeze-2021 with the Ukrainian Navy. Five thousand soldiers and 32 ships will be involved. The exercises in the Black Sea will last from June 28 to July 10. More than 30 countries are participating.

Earlier it was reported that Russian Navy ships will conduct exercises in the Mediterranean Sea & nbsp; near the British aircraft carrier. The maneuvers of ships & nbsp; with missile launches will take place on June 26.

On the eve of the RF, the Ministry of Defense announced the start of joint exercises of the Navy and the Aerospace Forces. They involve five ships, two submarines, as well as MiG-31K and Tu-22M3 aircraft. & Nbsp;

It also became known that as part of these exercises the Russian Federation for the first time transferred carriers of hypersonic missiles to the Khmeimim air base in Syria Dagger and two MiG-31K fighters.