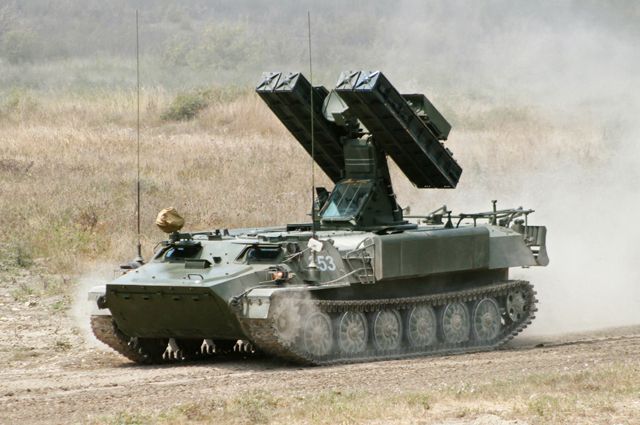 The first public demonstration of the 9M333 took place in 2020, then in December the missile successfully passed qualifications and flight tests at the Donguz test ground in the Orenburg region and fully confirmed its compliance with customer requirements. In October 2021, periodic flight tests were carried out with a positive result.

The manufacturer reports that the 9M333 anti-aircraft guided missiles will improve the effectiveness of combating low-flying planes and helicopters due to the “ toughness ''. significantly increased guidance systems and greater combat power. The missile's homing head has three modes of operation: photocontrast, infrared and jamming. Its warhead has a mass of 5 kg (instead of 3 kg on the 9M37 missile defense system), and its length has been increased to 2.23 meters. The probability of hitting targets is also increased by increasing the explosive charge, length and cross section of the striking elements.

The missile is capable of hitting targets at a distance of up to 5000 meters, while the speed of targets can reach 679 m/s, and the flight altitude is & mdash; from 10 to 3500 meters. At such distances, it is designed to destroy low-flying planes and helicopters, as well as remotely piloted aircraft and cruise missiles, even under the most difficult conditions. For example, in a situation where the enemy is actively interfering with electronic warfare. Such ammunition allows you to shoot on the principle of “shoot and forget”, that is, after launching the rocket, immediately change the location of the anti-missile system. air, so you don't get hit by retaliation.

Strela family anti-aircraft missile systems originally designed to protect military units in combat and on the move against air attacks and reconnaissance weapons flying at low and very low altitudes. SAM “ Strela-10 '' was developed in Moscow JSC “ KB Tochmash im. A.E. Nudelman & # 39; & # 39 ;, specializes in the creation of high precision weapons. The complex has eight launchers and is capable of using 9M333, 9M37M and 9M37MD missiles. The mobile base is the MT-LB floating armored personnel carrier. Its crew is 3 people.

These systems have become one of the most common air defense systems in the world. This is the most successful anti-aircraft weapon system of the Soviet era, it is very mobile and easy to use, it has almost endless modernization potential.

Strela-10 is characterized by high mobility and ease of preparation for shooting, which meets all modern standards. The transfer of the installation from the marching position to the combat position takes no more than 20 seconds. The missiles are prepared for launch in 5-10 seconds. Latest changes to the “ Strela-10 '' air defense missile system are able to work in an automated manner. In this case, the reception and processing of target designations can be done under the direction of the operator. Recognition of airborne objects occurs at a distance of up to 12 km. To detect enemy objects, a direction finder is used in autonomous mode. The attack is carried out only on targets that are in the visual view of the complex. The maximum distance to a target with a high probability of hitting is 5 km.

Earlier it was reported that the replacement of the Strela-10M air defense system of a short-range complex “ Pine & # 39; & # 39; has been developed. The new air defense system ensures the destruction of targets, both in movement and in position, at a distance of up to ten kilometers and an altitude of up to five kilometers at any time of the day and in all weather. It can be used both stand-alone and as a unit, it can shoot on the move. A combat vehicle carries 12 small anti-aircraft missiles “ Sosna-R & # 39; & # 39; and is equipped with high precision optoelectronic control system, protected from interference. The air defense missile system control system is fully automated, the combat vehicle crew & mdash; two people.