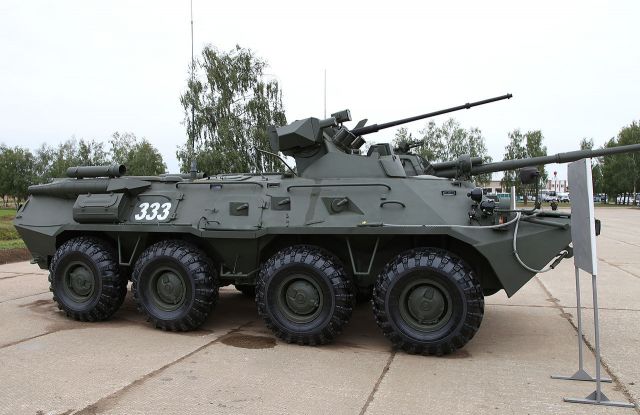 The first batch of Russian armored personnel carriers BTR-82A has arrived in Belarus, the second will arrive in November, the press service of the Belarusian Defense Ministry said on Thursday.

It should be noted that some of the new armored vehicles will enter service with the separate 120th Mechanized Brigade. Several units will be handed over to the Joint Training Center and the Belarusian Military Academy.

In addition, two BREM-K units, armored recovery vehicle on a BTR-80 chassis, are arrivals in the republic. The second batch of armored vehicles from Russia is expected to arrive in November this year.

Previously, it was reported that Russia and Belarus have held joint counterterrorism exercises. At the Brestsky training ground commandos from both countries freed conditional hostages who were being held in the building by conditional terrorists. & nbsp;