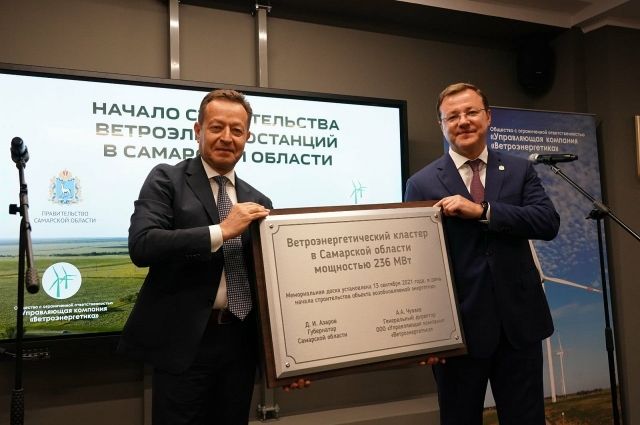 The energy system of the Samara region is gradually turning “ green '' rails. In 2019, a 75 MW solar power plant started operating near Novokuibyshevsk. In 2022, a wind farm with a capacity of 236.6 MW will appear in the region, this energy will be enough to supply electricity to 50 thousand one-story residential buildings.

Step into the future

Recently, an agreement was signed on the construction of 52 wind turbines in the Krasnoarmeysky district of the region. The height of each wind turbine will be 150 meters, they are designed taking into account the climatic characteristics of the Samara region and will produce electricity stably in our latitudes. The intention to build a wind farm in the area was announced at the St. Petersburg Economic Forum. The project will be implemented by the Wind Energy Development Fund established by Fortum PJSC. and JSC RUSNANO.

“ Our region has a high population density, so there is a high anthropogenic load on the environment. Green energy & mdash; & nbsp; is the future of mankind, and it must be developed now. By building a wind farm in the Samara region, we take a step towards nature and improve the environmental situation in the region & raquo ;, & mdash; & nbsp; declared & nbsp; Governor of the Samara region Dmitry Azarov. & Nbsp;

There are already consumers

The decision to build a “green” power complex in the Samara region was accepted in no time. The regional authorities created the most comfortable conditions for investors, which accelerated the implementation of this ambitious project.

“ Our company has received the full support of the government of the Samara region and personally Governor Dmitry Azarov. This allowed us to start implementing the project in a short time. This is how regional authorities should support domestic and foreign investors ',' mdash; reported & nbsp; & nbsp; Managing Director of MC “ Vetroenergetika & # 39; & # 39; Alexander Chuvaev.

To date, two large commercial companies have already announced their intention to connect to the networks of wind farms. This will reduce greenhouse gas emissions and reduce the burden on the environment.