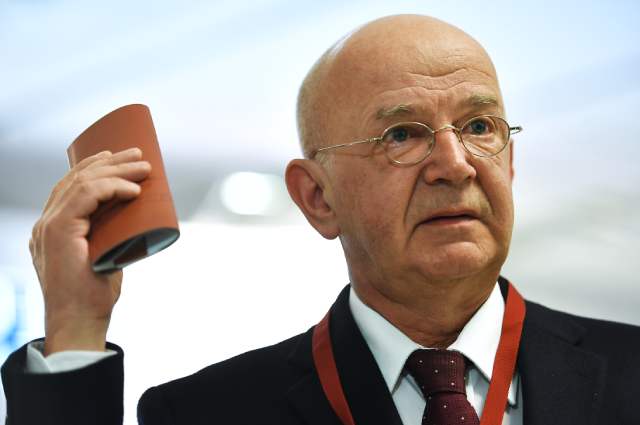 On July 25, at the age of 69, general director of the National Center for Medical Research in Hematology of the Ministry of Health of Russia, professor, academician of the Russian Academy of Sciences & nbsp; Valery Savchenko has passed away. & nbsp; The cause of death was not specified.

Savchenko worked at the National Center for Medical Research in Hematology since 1988. & nbsp; Thanks to him, diagnostic algorithms and protocols for the treatment of diseases of the blood system, unrelated bone marrow transplant programs, prevention and treatment of complications after bone marrow transplant were developed. In addition, under his leadership, a school of therapy and basic research on leukemia and lymphomas was established. & Nbsp;

What do we remember about Valery Savchenko? & Nbsp;

Valery Grigorievich Savchenko was born on January 8, 1952 in Karnaukhovka, in the Ukrainian SSR. In 1975 he graduated with honors from MMI im. IMSechenov. & Nbsp;

After graduating from graduate school, he defended his thesis and worked for seven years as an assistant in the hematology department of the Central Institute for Advanced Physician Education.

Since 1988, Savchenko headed the Department of Chemotherapy of Hematologic Malignancies and Bone Marrow Transplant at the Hematological Research Center, and since 1992 he was the Chairman of the Research Group of Hematological Centers in Russia.

In 1993, he defended his doctoral thesis on the topic “ Modern therapeutic strategy for acute leukemia. '' In 1996 he received the academic title of professor.

For many years, Savchenko led research in the field of molecular genetics, biology, physiology of hematopoiesis, cytogenetics and immunology of transplantation. Under his leadership, diagnostic algorithms and protocols for the treatment of diseases of the blood system were developed, clinical guidelines and standards for the provision of medical care related to hematology were prepared. & Nbsp;

Valery Grigorievich was also engaged in teaching activities and participated in consultations in difficult clinical situations. He was editor-in-chief of the journal Hematology and Transfusiology, and was also a member of the editorial board of the journals Therapeutic Archive, Hematology. Transfusiology. Eastern Europe. & # 39;

During his lifetime he published 390 works and received four certificates of invention copyright. 22 doctoral theses and 4 doctoral theses were written under his supervision.